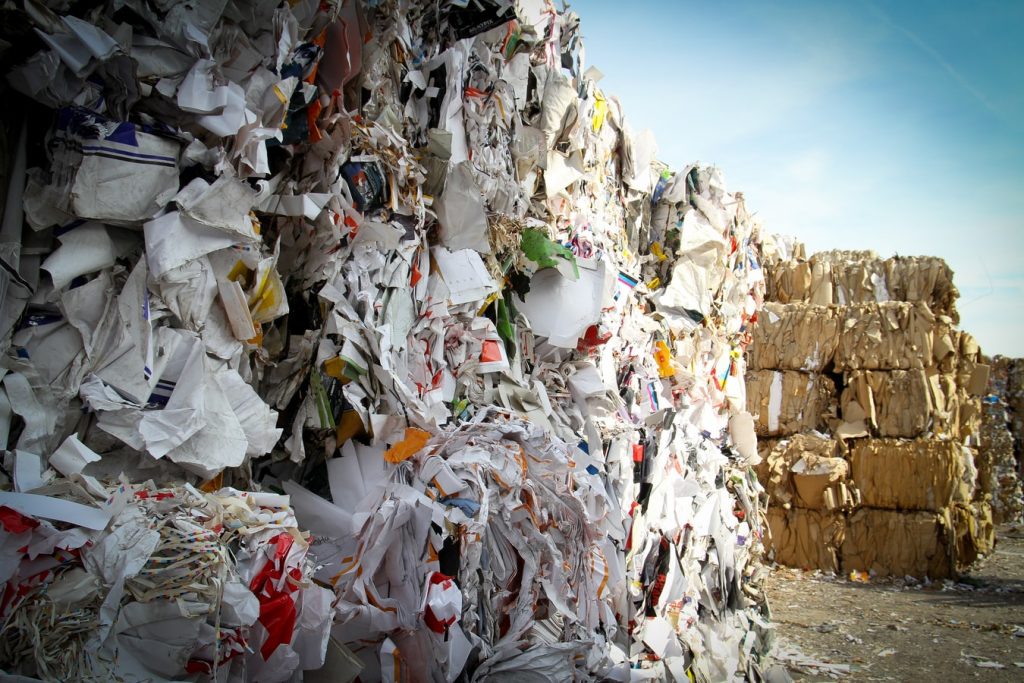 Plastic bags have a significant aesthetic impact on the environment. There is a consensus among people across the globe, that plastic bags destroy the character of almost every imaginable habitat, from wetlands and deserts to fields and forests. The aesthetic degeneration of the environment is not a trivial matter. It can have a significant influence on the economy, human health and culture. For a long time, scientists have been of the view that natural landscapes offer a variety of advantages. Some of the advantages of green areas and natural habitats are that they help bring down the recovery times and boost hospital patients results. They also help to improve attention and focus among children as well as reduce crime, and increase property prices in society. Therefore, when these natural habitats and green areas are jumbled with plastic bags and other kinds of debris, these advantages are significantly reduced. It is essential that we appreciate the aesthetic character of natural habitats, take the initiative to decrease pollution from plastic bags and address these challenges when formulating public policy.

One of the main reasons why plastic bags are of such significant concern is due to their long lifespan. Whereas a piece of plywood degenerates in about a year, and a paper towel can break down in about a month, plastic bags usually endure for a longer time, usually decades and centuries in some instances. Plastic bags make their way into oceans, lakes and rivers without completely biodegrading. Instead of biodegrading, plastic bags split into smaller fragments, eventually becoming less than 5-millimetres-long microplastics. While these microplastics are not as visually impertinent as their originators, they still play a significant role in the disruption of the ecosystem and impact on wildlife.

Plastic bags are an issue of great concern for the environment. We need to pay attention to these issues and come up with ways that are likely to decrease the environmental disruptions that plastic bags cause. If we do not address how plastic bags contribute to destroying the environment, the issue is likely to become worse. Many domestic and wild animals will die from the consumption of plastic materials. The clogged sewage situation in urban areas will become worse and may quickly spread to other areas. The natural habitat of many species will be partly or entirely destroyed, leading to a growing number of endangered species. These are just a few of the reasons why we should be more concerned about how we use and dispose of plastic bags. As the most intelligent species on earth, we are the custodians of the planet. This includes all living and nonliving things. With great intelligence, comes great responsibility. We should rise to the challenge as the planet’s custodians, and try to make earth as better off as possible, the best way we know how. An excellent place to start is to find ways of cutting down on the improper use and disposal of plastic bags. Only when the environment is safe can we genuinely pride ourselves as the planet’s custodians.… 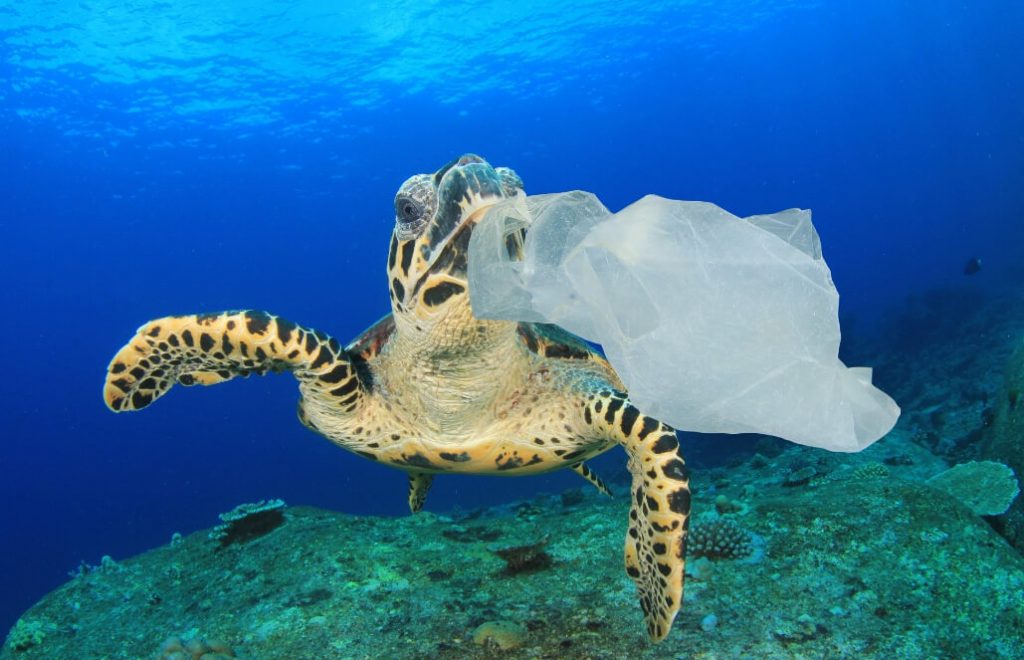 There are many ways through which animals suffer from the improper use of plastic bags. Many animals, including both aquatic and terrestrial species, consume plastic bags and develop severe health issues as a result. For instance, every year, several cows die from plastic bag consumption. This occurrence is mainly due to the high number of plastic bags in their grazing areas. This has been an incredibly colossal concern for the Hindu nation, where the trash collection is irregular, and there is a significant number of cows. Upon close examination, most of the cows with plastic-related injuries usually have over fifty plastic bags in their digestive tracts. When animals consume plastic bags, they suffer from intestinal impediments, leading to a slow, long and painful death. The animals can also be poisoned by chemicals absorbed by the plastic when making their way through the environment, or from the chemicals used in the production of the plastic bags. Since plastic does not easily break down in animals’ digestive tracts, it often accumulates in their abdomens. As a result, the animals feel full even when they have not eaten anything, and they eventually starve, become malnourished, and die.

Although wildlife is relatively rare in urban regions, and many companies are taking measures to curb environmental waste, plastic bags significantly contribute to the destruction of the environment there as well. Runoff water accumulates and transports abandoned plastic bags, eventually washing them into storm sewers. Once the plastic bags are in the sewer, they often combine with other types of debris to form clumps, eventually blocking water flow. This occurrence hinders runoff water from proper drainage and negatively impacts people working or living in that area. For instance, when sewers become blocked, roads flood and are shut down as a result until the water drains. The excess water can damage buildings and vehicles, as well as other property. It accumulates and spreads pollutants far and away, causing additional damage to the ecosystem. Clogged storm sewers can also give rise to water flow disruption in local watersheds. Blocked sewer pipes can underfeed water to local streams, wetlands and creeks, leading to massive die-offs and in some instances, total breakdown.… 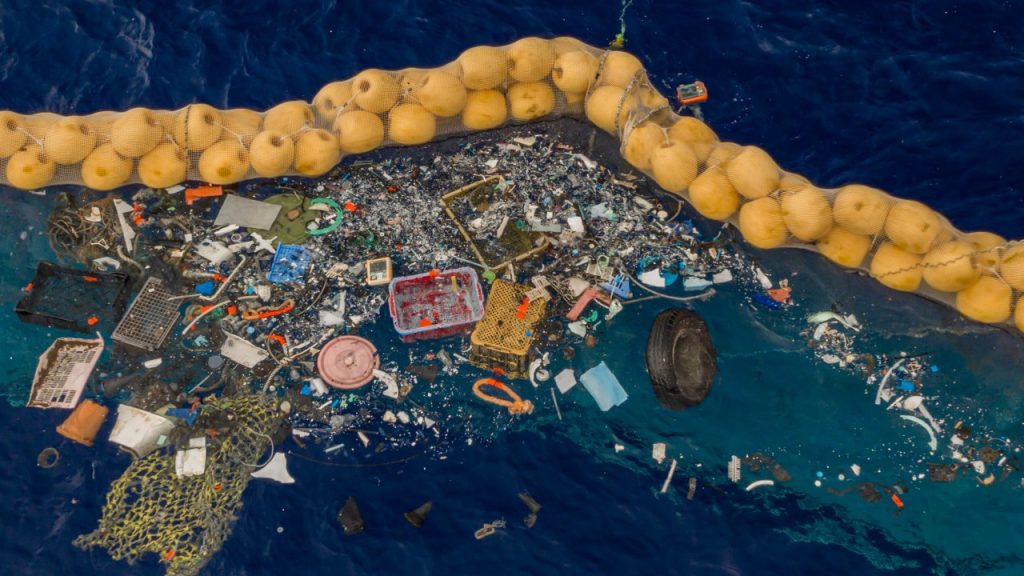 Whether you reside in a rural farmland or an urban centre, you are likely to see plastic bags flying around when you leave your house. Some become snagged in street tree branches, while others fly across the road like post-apocalyptic tumbleweeds. Others float through rivers and creeks until they make their way to the ocean. Not only are plastic bags an eyesore, but they have a real negative impact on the broader ecosystem. Plastic bags play a considerable role in the significant environmental disruption. Once in the environment, they make their way into the soil and slowly begin discharging poisonous compounds. Eventually, the plastic bags break down into the soil, and this can have terrible results. For instance, animals consume plastic bags, and this often leads to choking and dying. The earth cannot absorb plastic substances. Every inch of plastic that has ever been produced still exists and will continue to do so for centuries to come. When they make their way to the ecosystem, plastics usually break down into smaller fragments attracting poisonous chemicals and are likely to be consumed by wildlife in the ocean and on land leading to poisoning of our food chain. Our waterways and oceans are filled with small fragments, which currents form in merging zones known as gyres, situated at the heart of the continent’s oceans. The most well-known of these is Great Pacific Garbage Patch. While the concept of a giant scrap of garbage in the sea can be quite unsettling, the reality is more so–a terrestrial soup of little plastic fragments that navigate through the water column with no hope of cleaning up.

We as humans play a significant role in the environmental destruction and health compromise that results from the improper use of plastic bags. The improper use of plastic can have very catastrophic effects. A substance that lasts in the environment for centuries should not be used in short-term applications lasting seconds, minutes, hours, or days. Also, a substance with non-transparent, complex formulations that involve poisonous chemicals should not come into contact with our drinks or food. Plastic pollution does not result from poor disposal; it is more of a problem associated with the poor design combined with throwaway practices that are unsustainable. When you couple that with producer irresponsibility, and the lack of precaution with regards to products toxicity, you get a human health and environmental crisis. In this article, we will explore some of the most significant environmental challenges of our time and how plastic bags contribute to destroying the environment.…